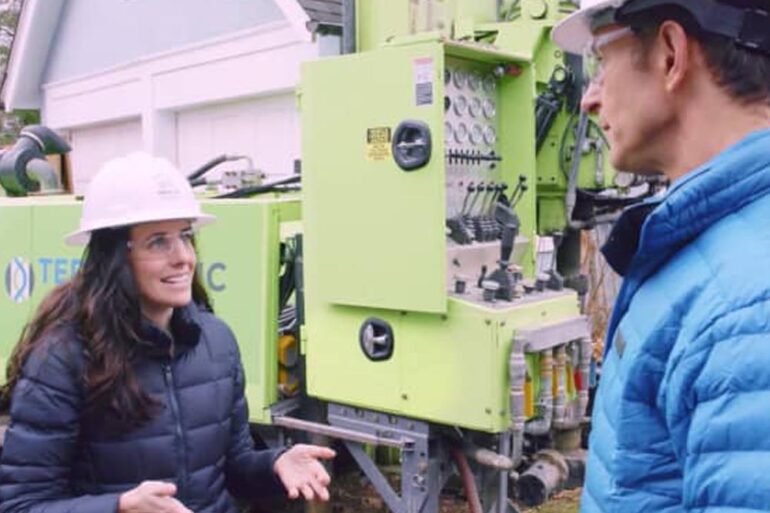 Geothermal heat pumps work by using an underground pipe system to move heat between the earth and your home. They are used for both heating and cooling — fluid running through the pipes picks up heat from the ground in the winter and deposits excess heat in the summer.

While geothermal heat pumps use energy to operate, the energy they use to operate is less than is used by non-geothermal systems (exactly how much varies). These pumps can use renewable, carbon-free energy, like solar or wind.

“Geothermal heat pumps are part of the pathway to zero [greenhouse gasses],” says Forrest Meggers, a professor of architecture at Princeton University and founder of Cooling and Heating for Architecturally Optimized Systems Lab.

Geothermal heat pumps also have the potential, with the addition of thermal or battery storage, to store heating and cooling energy for a home to draw on at a later time, which could help “decouple home thermal demand from energy demand,” Megger says. That means the potential to put less strain on energy grids — something that could have benefitted Texas during the blackouts caused by the cold spell in February. (Dandelion Energy does not currently add battery storage as an option.)

Other selling points for heat pumps include saving money on monthly fuel bills, quieter and more steady indoor heating and cooling, and they do not run the risk of causing carbon monoxide poisoning, according to Dandelion.